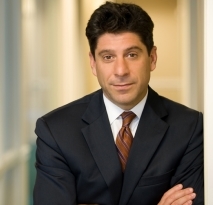 Steven Brill is a founding Partner of Sullivan Brill, LLP, which was established in 2001.  Mr. Brill concentrates his practice to Federal and State Criminal Defense, and Post-Conviction Litigation.

Steven earned a BA in history at the George Washington University and graduated with cum laude honors.  After taking a gap year and traveling the country as the piano player in a rock band, JD at Temple University Law School.  At Temple, Steven was a member of distinction for the Moot Court Association, leading him to travel to various law schools and competing in Moot Court competitions where he and his teammates would draft appellate briefs and argue them to a panel of judges.  To this day, Steven is often invited to various Moot Court competitions where he knows serves a judge for student competitors.

In 1995 Steven hit the ground running as staff attorney for the Legal Aid Society, immediately gained name for himself and developed a reputation for a skilled negotiator and talented trial attorney.  As a public defender from 1994-2000, he dedicated his practice representing indigent clients charged with wide ranges of crimes from misdemeanor drug possession, shoplifting, DWI to Felony firearms possession, drug sale, sex-crimes and homicide.  During his time with the Legal Aid society he was trained in and out of the courtroom on how to present forceful and persuasive arguments to Judges and Juries.  Steven bucked the trend of high conviction rates and won a significantly higher of number of cases he took to trial than he lost.

In 2001, Steven and Joseph Sullivan, a classmate from law school, and fellow, New York attorney, made good on their dream and started their own firm.  From that moment forward, Steven handled the Federal and State criminal defense matters continuing to represent a wide-variety client charged with a wide-variety of crimes.  Along the way Steven has developed a reputation among Judges and Prosecutors that he is trustworthy, zealous, and will not back down on behalf of his clients.  This reputation has only helped him in gaining favorable results for those he represents.

As he did in the public defender's office, Steven continued to fearlessly try cases on behalf of this clients, winning a vast majority of them.  He has tried countless cases to verdict before Federal and State Juries where he has routinely won acquittals for clients charged with various Federal and State crimes ranging from complex white-collar fraud cases, to murder, narcotics, sex-crimes, and DWI related offenses.

Anyone that watches Steven in court notices immediately the skill he has to grab the attention of the jury in a deeply sincere fashion and persuade them to see his side of the case.

Often Mr. Brill does his best work in securing favorable sentences for clients who have pled guilty or have lost trial.  In preparation for sentencing, Mr. Brill will actively work with the firm's associates and outside experts to put together a submission that addresses the human side of the client, by defining the client by their personal history and characteristics and not by their conduct in the case alone. Time and time again, over the course of his 25-year career, Mr. Brill has persuaded Judges to impose sentences well-below the sentence guidelines.

Steven also focuses on pre-arrest representation like criminal investigations by State and Federal agencies like the NY Attorney General, the SEC, and the FBI.  He also has handled several post-trial litigations like appeals and Habeas Corpus Petitions.

Steven has traveled across the country to represent clients, and has been admitted pro hac vice in Washington DC, Florida and Puerto Rico. Mr. Brill has also argued appeals in other Circuits across the country including the 11th Circuit in Georgia.